I’m reading through some ancient Greek and Latin epigrams from the Roman period for fun as a way to treat myself after an intense week of grading. Some of them are really humorous, since many epigrams are parodies of various cultural features of Greco-Roman life. The English translation I’m reading is by Gordon Fain in his Ancient Greek Epigrams (201o). The Greek text varies, but most is translated from Anthologia Palatina. 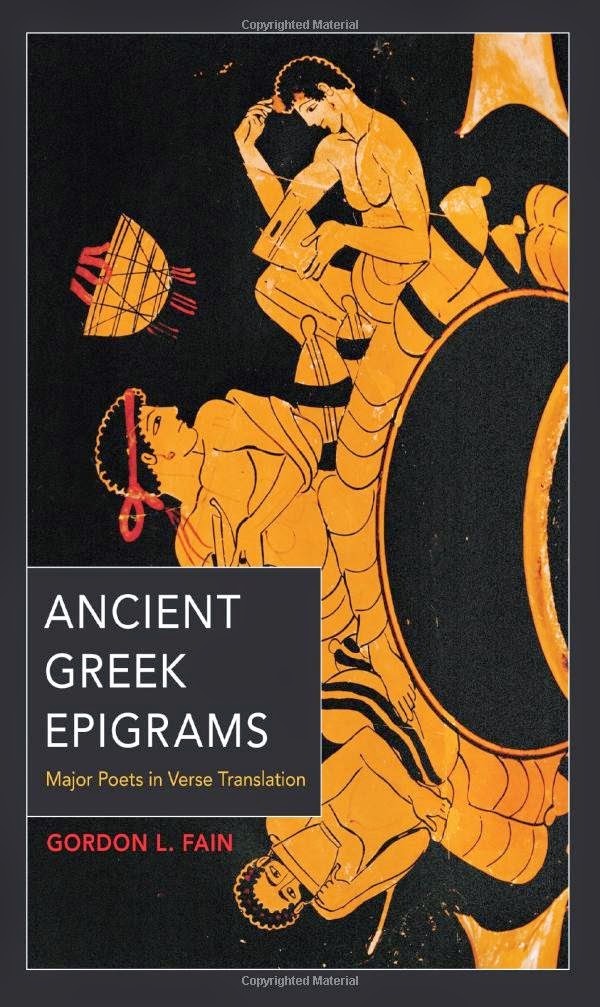 I wanted to share something from Lucillius, 1st century AD court poet commissioned by Emperor Nero, who has some vivid descriptions of the brutality of boxing in the ancient world in some of his satirical poems which poke fun at ancient athleticism. Here are two that deserve a closer look (with key words in Greek highlighted in blue; where I modified Fain’s translation in green)

Epigram 1 (= AP 11.81)
At all the contests (ἀγωνοθετοῦσιν) where Greeks appear,
I fought (ἀγωνισάμαν) Androleos at every one
My prize at Pisa was to save one ear
At Plataia, one eyelid is what I’ve won.

At Delphi, I was carried out as dead
My father with citizens (ὁ πατὴρ σὺν πολιήταις)
were proclaimed (καρύσεττο),
And told to lift me up so I’d be led
Out of the stadium (σταδίων), a corpse or maimed

And lost them all, so his birthright, too,
He couldn’t even claim;
His brother put his portrait up to view:
The court said, “Not the same!”

Greco-Roman boxing could send you home dead or crippled for life, to say the least. No gloves, and bare-fisted, these ancient athletes make modern MMA fighters look like wimps.
In the first epigram, Lucillius jokes that the real prize for a boxer is walking away saving one of two ears, or an eyelid. In the 2nd, Lucillius explains to Nero that one boxer Olympikos was so maimed, he became unrecognizable. He could not claim his inheritance because his mutilated face was nothing like the portrait his brother brought to court. The court did not think the boxer vs. the heir in the painting were the same.
But what is particularly striking is the irony of the 1st epigram. Boxers fought not for their own honor but for the praise and glory of the city they represented. While the father and citizens of one city lifted up the winning boxer in victory and paraded him around the stadium, the winner ironically looked more like a corpse than a victor.
In my next post, I want to look at Paul’s famous comparison of the ancient runner, boxer, and athlete with the Christian minister in 1 Cor 9:24-27. May be you can make some insights of your own as you look at what key phrases are parallel with the epigrams above:

Do you not know that in the stadium (σταδίῳ) all the runners run, but only one receives the prize? So run in this way that you may receive it. 25 Every competitor/athlete (ὁ ἀγωνιζόμενος) exercises self-control over all things; they do this to receive a perishable wreath, but we an imperishable one. 26 So I do not run aimlessly, nor do I box (πυκτεύω) as though beating the air; 27 but I punish my body and enslave it, so that after I proclaim (κηρύξας) [the gospel] to others, I myself shall not become disqualified.