Skip to content
Before I can post on philosophical criticisms lodged against fearing death, I need to outline what those fears were. As illustrated in the last post, the Attic grave reliefs showed how people feared the finality of separation which death brought. Death meant we never saw our loved ones again. In Apuleius’ The Golden Ass, the young woman Psyche is warned:
But there were other reasons to fear death. The most widespread fear was the torture and punishment which awaited those who commit crimes and harmed others. Justice and judgment was something which awaited all.
Virgil, in the Aeneid (Bk VI), describes this hell-bent punishment when he chronicles the journey of Aeneas through the underworld. Aeneas meets one of the Furies in Hades who explained to him “how the gods punish wrongs” and “took him through the whole [punishment] system” (line 565). The fury explains:

Scary! Who wants to be whipped and beatened by an angry demi-goddess forever and ever?!
There was also the danger of losing oneself. The mystery cults tried to offer some guidance on how not to forget one’s past life when entering the afterlife. One of the most terrifying experiences was the loss of memory in Hades. Lose your memory, you lose yourself. The mystery cults claimed to offer the wisdom to guide the soul so this would not happen.
In the Golden Tablets (from Hipponium, No. 2, lines 1-14), an Orphic oracle advises:

Apparently there were two bodies of water in the underworld. One causes you to forget who you are, everything about yourself, and your past earthly life (avoid this one!), and the other allows one to restore or keep one’s memory (drink here!). Orphism and the Greek mystery cults claimed to provide the wisdom and guidance to choose the latter, not the former. Whether their claims are true or not (and I suspect it’s not!), the point is that the loss of self was something terrifying.
Death’s sting was the terror brought on by eternal punishment, the final separation from loved ones, and the loss of self. No wonder the average ancient citizen of the wider Mediterranean world thought the afterlife was nothing to look forward to. Philodemus and other philosophers, however, will try to mitigate popular fear. In the next post, we’ll see what kind of hope they offered, and then after that, we’ll turn to Paul and the funeral inscriptions of some early Christians from the 1st four centuries AD.

* Here’s a great resource from which I drew my English translation of several Greek/Latin texts: Carolina López-Ruiz, ed. and trans. Gods, Heroes and Monsters: A Sourcebook of Greek, Roman, and Near Eastern Myths in Translation (Oxford/New York: Oxford University Press, 2014). 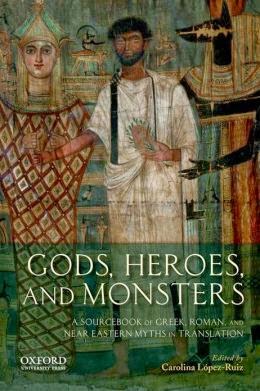