When you drive up to Delphi, you cannot help but pause and just marvel at the beauty of Greece. The site of ancient Delphi is located in a mountainous range, part of the southwest spur or lateral ridge of Mt. Parnassus. The photo below gives you a glimpse of an awe-inspiring view from the vantage point of the archaeological remains of the Temple of Apollo. 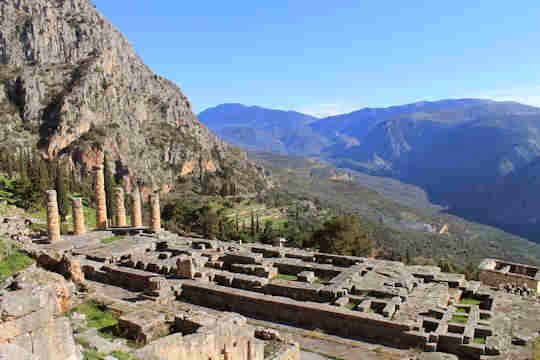 Though famous for many reasons, including the myth that Delphi is the ὀμφαλός (“navel”) of Gaia (“Mother Earth”) and therefore the center of the world, ancient Delphi was ultimately known as a place where oracles were received. Every spring, pilgrims would take the long trek up the Via Sacra (“Sacred Way”; see the map below) to Delphi in order to receive an oracle from the Pythia, i.e., the priestesses or sibyls through whom Apollo spoke. Prophecy at Delphi goes as far back as the 6th century BC, but continued through the first century AD and beyond, including a famous oracle recorded by Seutonius concerning the death of Emperor Nero (Nero 40.3). 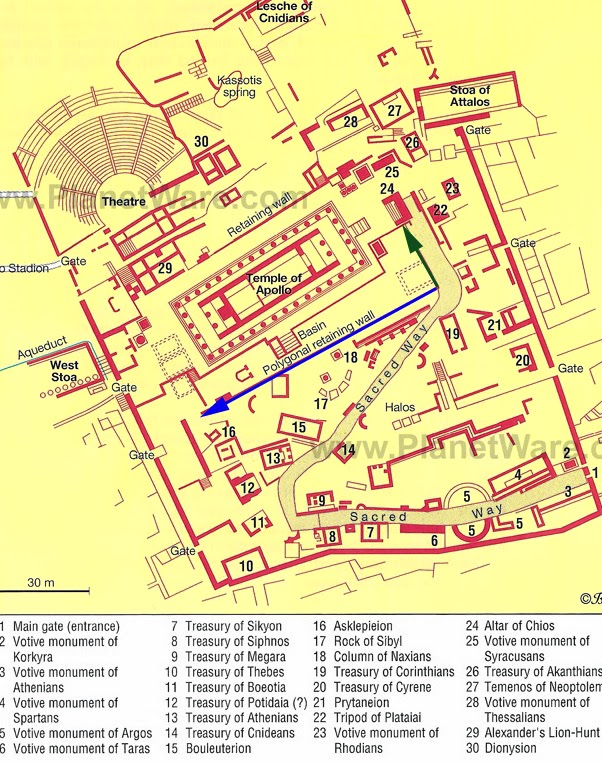 In the above map, not only can you see the path or “sacred way” walked by the pilgrim, but I have also highlighted where the Polygon wall is located along the foundation of the Temple of Apollo (blue and green arrows). If you look at the carefully cut stone (in the photo below), you can easily see why it was called the Polygon wall. However what makes the wall unique is not just its precisely cut and fitted stones, but the inscriptions that are written upon them. 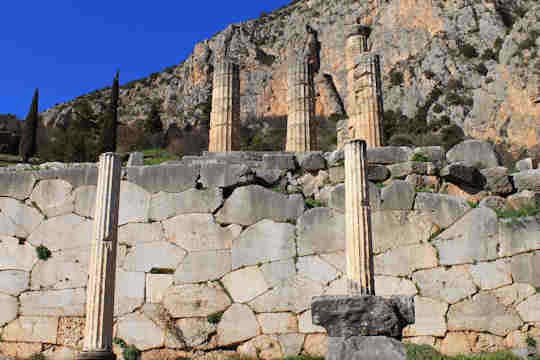 There are about 800+ inscriptions along the face of the Polygon wall, some of them include the civic laws which governed the city. The date of the inscription is about the 3rd century BC. 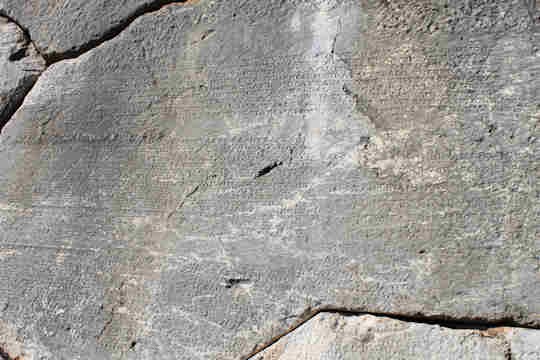 Inscription of Delphic Civic Laws on the Polygon Wall


But most of the inscriptions deal with the manumission of slaves. It is estimated that the names of more than 1200 slaves are inscribed along the walls. 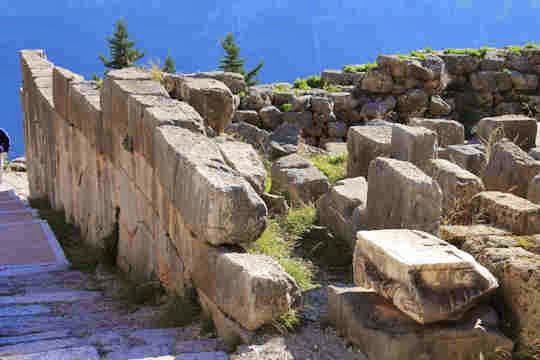 On this part of the wall (left along the steps of the Via Sacra; see the green arrow on the map), one slave’s name is highlighted (next two photos) 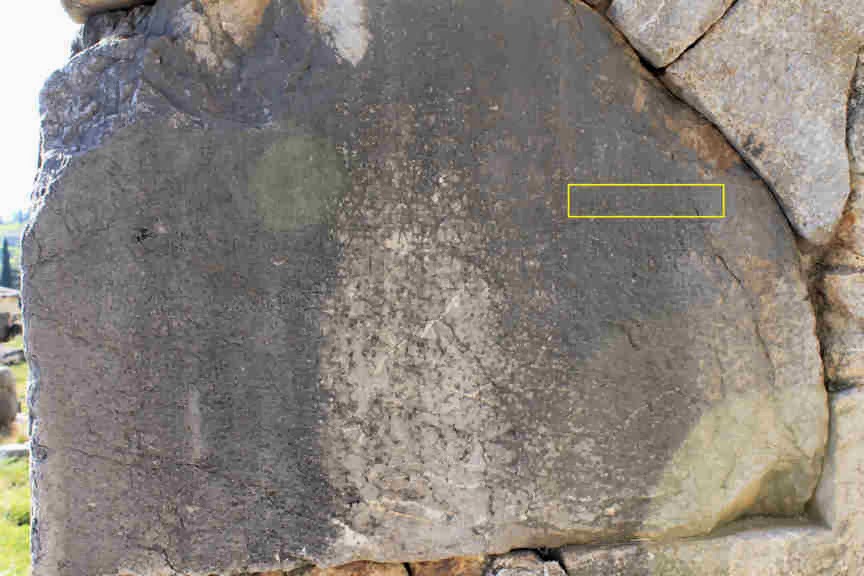 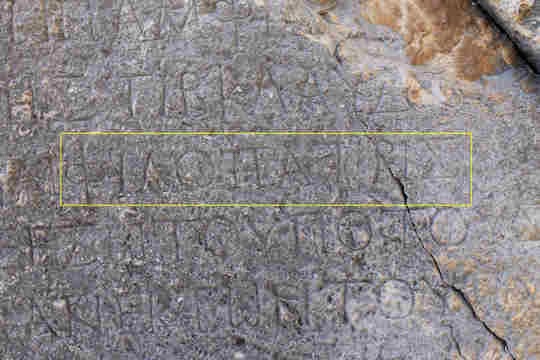 Close-up of the Name of the Freed Slave ΦΙΛΟΠΑΤΡΙΣ
(in Latin, the name would be: Philopatrus)

When I asked John Kremidas (Prof. of NT at the Greek Bible Institute in Athens) why the names were inscribed in stone, he said that if a slave’s freed status was ever questioned, that slave could go to the Polygon Wall and point to his/her name and say: “See! I have been freed!”
One can only imagine the thousands of untold stories behind the names of the manumitted slaves. For every freed slave there were a hundred others who died a miserable death by being worked to the bone on civic projects like Nero’s failed attempt to cut a canal across the Isthmus, or by back-breaking labor dragging vessels and cargo along the Diolkos. Even if a slave managed to find oneself doing domestic work in a Greco-Roman household, there was no guarantee that he or she would ever be freed. The manumission of any slave was completely up to the whim and mercy of the owner.
So it was a truly moving sight to witness name after name after name of men and women who were emancipated by Delphic law from the hard life of slave. So many more never made it to the wall.
But to be freed in the Greco-Roman world is not the same as being free. A freed slave could never receive the same social status as a free person. Often the freed individual would still depend the patronage of one’s former master in order to start a new business and a new life. But more on this in the next post concerning exegetical connections and pastoral reflections on slavery texts in the New Testament.